The Undead King is the first light novel volume in the Overlord series. Written by Kugane Maruyama and illustrated by so-bin, it was released on July 30, 2012. It details about Satoru Suzuki, whose game avatar known as Momonga, a player of YGGDRASIL, who suddenly finds his consciousness trapped in his avatar and all of the NPCs around him begin to gain sentience. He must struggle to find a way to survive in the New World.

Momonga is an average salaryman who spends most of his time playing the game YGGDRASIL. Sadly, YGGDRASIL's servers are about to be shut down, and nearly all of its members from the guild of Ainz Ooal Gown have already stopped playing. Deciding to stay in the game until the server goes down, Momonga goes and to sit on the throne of Nazarick.

Eventually, the clock strikes midnight, but the game doesn't log him out even after the server shutdown. NPCs start to have their own will, and he becomes the strongest magic caster with the appearance of a skeleton - Momonga's true legend now begins!

Satoru Suzuki, whose game avatar is an Overlord named Momonga, is having a chat with his friend and guildmate, Herohero, whose avatar is an Elder Black Ooze. Seated in the grand round table of obsidian, the two players continue to chat, exchanging news and expressing each other's thoughts. As it is starting to get late, Herohero apologizes to Momonga that he is not able to stay up till the closing of the game. As he logs off, Momonga thanks him for responding to his request for all the members of the guild to gather here on the last day of the game. With that said, Herohero then logs out from the game, leaving Momonga alone in the room. After encountering his comrade who finally quit the game, he then releases his anger and frustration, slamming his skeletal fist on the round table, enraged at the fact that all his guildmates had left both him and their beloved guild behind. He thought they had spent so much time and made so many memories together.

However, he reasons with himself, saying that they did not abandon him, and merely have real life to deal with. Since there is not much time left before the game closes down, Momonga decides to accept the fact that he is still the guildmaster and ruler of Ainz Ooal Gown. Bringing his beloved guild weapon with him, he then walks to the 9th Floor of the Great Tomb of Nazarick, and later the final floor of their guild. Afterwards, he walked towards the very heart of Nazarick, the throne room itself. When Momonga arrives at the open lobby of the 10th Floor, he is greeted by the Head Butler and six battle maids, the Pleiades. He then orders them to follow him.

Entering the throne room, he is greeted with the sight of a female NPC, Albedo, standing next to the throne. Curious, he decided to check on her settings and is surprised by a dense array of text flooding his vision. Moreover, his shock comes when he sees the last description Tabula had set in Albedo's settings. Using the power of the guild weapon, which grants him guildmaster privileges, he erases that part of her settings and later jokingly types on the console's keypad to make her fall in love with him. Thereafter, he decides that everything is set and sits on the towering throne. As he remains seated, he orders Sebas, the Pleiades, and Albedo to kneel down. Next, he counts out each and every one of his guild members' banners raised in the throne room which numbers up to forty-one of them. Each banner's emblem signifies each of the forty-one members of Ainz Ooal Gown, including himself. Momonga ends up feeling sad as he recalls all his nostalgic past adventures with his comrades. As the ending draws closer, he sits back, closes his eyes and prepares for the server to log him out.

Strangely, after midnight has passed, Momonga is not logged out. It turns out that Momonga, along with the Great Tomb of Nazarick, has been transported into another world and has become one with his game character. With all the NPCs having gained sentience, he becomes alarmed at first and started panicking. In that situation, he is stunned when he heard a female voice, as there shouldn't be anyone else except him alone in that room who can speak. Even more shocking is the fact that the one who spoke to him just now was Albedo, an NPC. She asks Momonga if there is anything wrong. Before the situation gets out of hand from himself panicking, he suddenly calms down. This is due to his passive skill as an undead that suppresses strong emotions. After he has calmed down, he answers her question and then decides to confirm if the NPCs like Sebas will still obey him or not. Making a quick decision, he soon orders Sebas to check the surface above the Great Tomb of Nazarick. Sebas does so without hesitation, much to Momonga's relief. Albedo then asks what sort of orders does he have for her. He then orders Albedo to gather all the Floor Guardians, with exception of the Floor Guardian of the 8th Floor and the 4th Floor and bring them to meet him in the amphitheater on the 6th Floor. After she leaves, Momonga falls into a short depression as he blames himself for messing with the settings of Albedo, tarnishing his friend's ideal work.

Momonga later teleports to the Amphitheater using the function of his Ring of Ainz Ooal Gown, confirming that he has no problems using magic items. As he enters the amphitheater, he is greeted by Aura Bella Fiora and Mare Bello Fiore, the twin Guardians of the 6th Floor. After an exchange of words, he decides to confirm if his powers, skills, and abilities from the game still work in this new reality through a few tests. Next, he tries out his 'Message' ability as he attempts to contact the GM and other guild members. He is unsuccessful, and decides to message Sebas instead. Sebas responds to Momonga's message and gives him a report of the situation above, informing the master that the surface of the Great Tomb of Nazarick is no longer a hazardous swamp, but flat grasslands with a clear night sky instead. Momonga then instructs Sebas to collect as much information as possible, and return to him immediately after that.

Ending the message link, he begins testing out the Staff of Ainz Ooal Gown's power by summoning a Primal Fire Elemental. After confirming it with Aura, he then orders the summoned elemental being to attack the twins, which is nothing more than a good exercise for them. After finding out that his powers are still usable like in the game, he also wants to affirm whether the NPCs are still loyal to him. With the exception of Victim, the 8th Floor Guardian and Gargantua, the 4th Floor Guardian, all of the highest ranking NPCs in Nazarick gather before Momonga and swear undying loyalty. Those who are present are the true vampire Shalltear Bloodfallen, the vermin lord Cocytus, the dark elf twins Aura and Mare, the arch devil Demiurge, the dragonoid butler Sebas Tian, and the succubus Albedo.

Establishing the fact that they are indeed still loyal to him, he decides that in order to maintain their loyalty from the Floor Guardians, he must act befittingly as the Overlord that they see him as. Momonga sets Nazarick into motion to survive in this new and unknown world. When Momonga goes outside of Nazarick, he jokingly suggests to Demiurge that maybe they should conquer the world.

While trying to figure out how to use a magical mirror to see the outside world, he accidentally discovers village under attack by a group of knights. Deciding to save the village to gather information on this world, and at the same time to test how powerful this world's combatants are, he charges forth and saves a pair of sisters. While using some of his magic and one of his weak summoned monsters, he finds out that the human knights are extremely weak. The village is saved, and as payment he asks for information on this world which allows him to understand it much better. At this time, the Warrior Captain Gazef Stronoff arrives with his troops. After a brief meeting between him and Ainz, it is made apparent that the attack on the village is a trap to drag Gazef out when the Sunlight Scripture surrounds the village. Gazef rides forth in a valiant attempt to protect the villagers, but he and his men are eventually overwhelmed. Before he is slain, however, Momonga uses a teleport spell to switch places with Gazef and his men. Momonga then easily defeats and captures the Sunlight Scripture. After this, he decides that with the village saved, he will return home to Nazarick.

Having returned to Nazarick, Momonga gathers all the high ranking NPCs to make an announcement. Announcing a firm declaration to his subordinates, he makes it clear to everyone that from this day forth, his name will no longer be Momonga, but will henceforth from now shall be known as Ainz Ooal Gown. He then leaves the throne room to let Albedo inform the other NPCs what else needs to be done. Unknown to Ainz, Albedo gives the word to Demiurge, who states to all the other NPCs what Ainz had previously told him: his joke about world conquest. Demiurge explains to his fellow NPCs that he views this to be the wish of their Overlord, and all the NPCs proclaim in unison that the world will be given to Ainz. 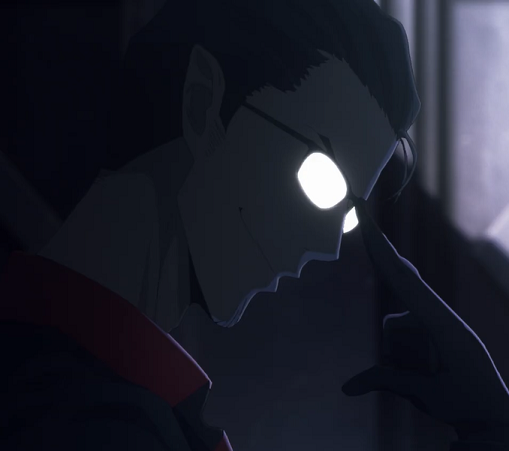 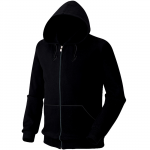 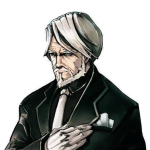