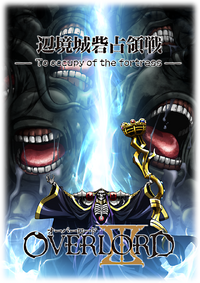 The game is structured in a way that the player reenacts the events in which workers are raiding the Great Tomb of Nazarick.

The player becomes a member of Nazarick and carries out the first order from Ainz to prevent invaders from invading the tomb.

Retrieved from "https://overlordmaruyama.fandom.com/wiki/Frontier_Castle_Fort_Occupation_Battle_-_To_occupy_of_the_fortress?oldid=224275"
Community content is available under CC-BY-SA unless otherwise noted.