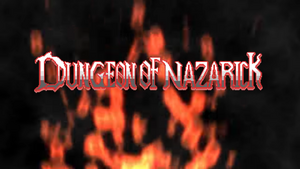 A mysterious tomb is discovered near the Re-Estize Kingdom. As an adventurer, the player undertakes to explore and investigate the tomb for an unprecedented reward. The player enters the unknown tomb despite severe warnings which is the beginning of despair that even delivers salvation...

Retrieved from "https://overlordmaruyama.fandom.com/wiki/Dungeon_of_Nazarick?oldid=216455"
Community content is available under CC-BY-SA unless otherwise noted.