In S1, I'd wipe out any ill will beings while keeping the non-ill will beings in a safe place such as some ruins of kingdoms. At the same time, I would collect stuff that I like such as food, gold, weapons, and magic items.

In S2, it would probably be the same unless there's a disagreement in the group such as protecting the non-ill will monsters or who should rule the population which would be later resolved with philosophy and finding people who are believed to be capable, receptively.

A reply to Aaron zex
1

Thats not the question though xD

Has an English Hardcover version been released yet?

A reply to Aaron zex
1

Crystal golems that are naturally born in areas with high mana and crystals.

Names they don't have any nor do they care.

A reply to Aaron zex
0

Fists because its cheaper than buying weapons

A reply to Aaron zex
0

Lightning just because its cool

Jus like there is Low, Middle, High, Top, Legacy, Relic, Legendary, and Divine item, those thems elves are the levels.

In a anime viewers point of view it's a great episode with sad irony due to the last scene. In a LN readers point of view it is fantastic due to the reality of the twins fates that is not displayed in the episode. The only scene that is disappointing if I'm remember correct (or its in the previous episode) was when the "Heavy Masher" party was running away from the elder liches and completely skipped the scene in the LN showing

that the group thought the 1st a elder liche they met was the master of the tomb.

Potentiall as in individually in skill and abilities, not personality, I'd choose Tenmu (piece of manure). 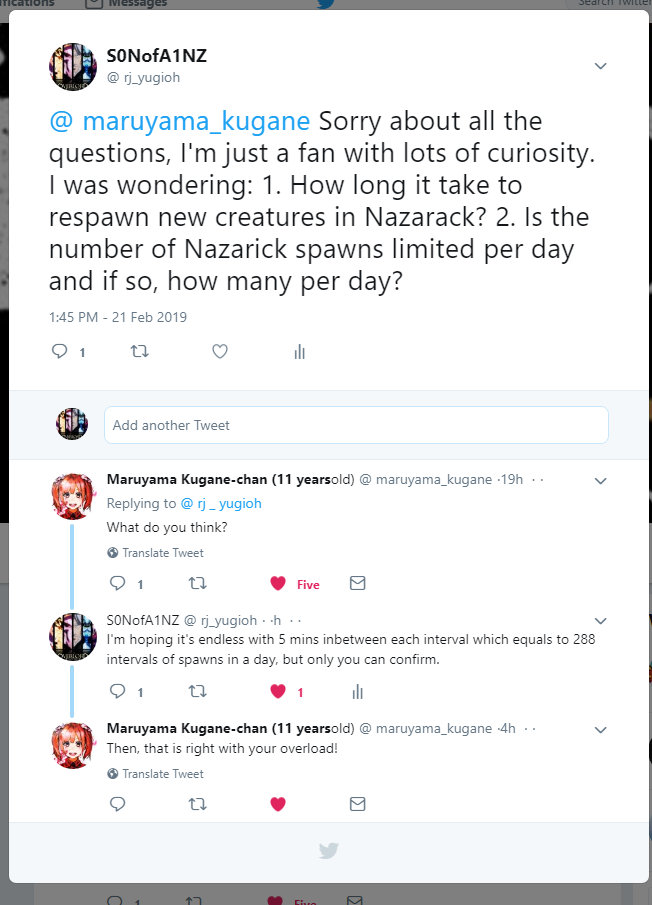 I'm assuming "looking at you 'Insta-kill Aura' " means me or am I wrong?

"The most powerful undead he could make with the corpses of the Sunlight Scripture were level forty. Beyond that, the undead would vanish with the passage of time, along with the corpses that served as their medium." - Vol 3, Chapter 5, Part 4.

Ainz's himself has a daily limit while Nazarick can spawn free lv 30 and lower undead in intervals. So in a sense if Ainz wanted to his military power would grow every day, but that would cause space issues.

@Hokehokehoke, I'd be surprised if Ainz's undead wouldn't cause a Industrial Revolution in farming, mining, security, transportation, construction (with guides).

Nope, too young
Nope, Just working
yes
Graduated and working
Graduated, but getting my masters/Ph.D

Appearance: A 5 ft 10 in, 40 yr old healthy muscular man with a spartan hair cut and long stubble beard hair and glowing cyan eyes. Initially, wears business cloths like Jude Law in Fantastic Beasts, but the vest has golden flower designs mixed with pink silk, the tie is maroon & the sleeves have a golden edge. His armor in battle is mostly metallic grey/silver with neon-blue, black designs.

Lore: Very antisocial and easily tempered to the point that he uses illusions to leave conversations tricking others into believing that he's still there and communicating. He friends are literally books, the librarian, & Mare. Know every written language and has the highest learning capacity in academics. He can learn a new language in a week or 2 and even quantum physics. Life matto, "Live like a candle and burn brightly" - S0NofA1NZ

Welcome to the community.