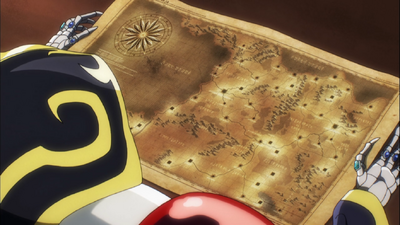 New World (この世界) is considered the tentative name of the unknown world, where the Great Tomb of Nazarick was supposedly transported to. Currently, the true name of this world has yet to be revealed. In Volume 7's Author Thoughts Excerpt, Maruyama noted that the further away from the New World's... 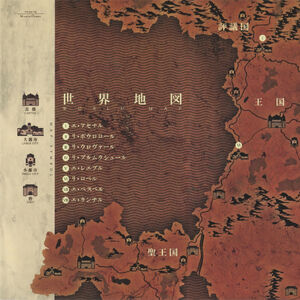 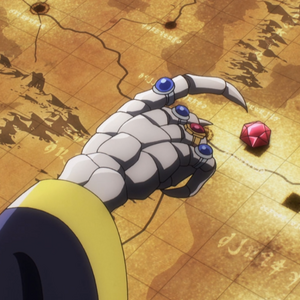 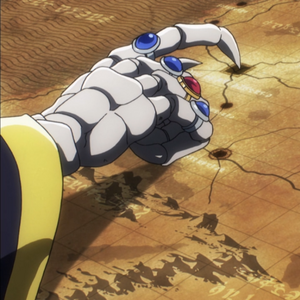 Until now, the origins and requirements regarding mastery of Martial Arts in the New World were still confusing and vague. Even so, it seems that Martial Arts can in principle be mastery and used if the user has a lot of stamina, strong focus and experience (from training or otherwise); perhaps this was the reason why the Undeads in the New World couldn't master this skills... 🧐

What makes me curious, are NPCs and Players (of the maximum level) able to technically master/used Martial Arts? According to emerging theories, both Wild Magic and World Items provide an opportunity for this! 😋

Which countries have Demi-humans and how much of the total population do they make up for those countries? (including Re-Estize before Vol. 14)

found this text, on this fandom, about DMMO-RPGs:

"Additionally, one of the fundamental rulings which pertained to DMMO-RPGs was that forcing a player to participate in a game without permission could be treated as a form of cyber-kidnapping."

Maybe is exactly that what happenned with suzuki satoru, he was kidnapped to the beta of Yggdrasil 2... maybe the conditional was that every player online on the servers shutdowns was to be kidnapped to forcefully participate of the Yggdrasil 2 beta, where it was a extremelly advanced virtual reality, like matrix, with extremely advanced AI like SAO....

dont know if this was already theorized, but thought that some days ago.

How do you think things would play out in the New World if Momonga and Nazarick were never transported to the New World?

Would Gazef be able to survive the Slane Theocracy?

Would Blue Rose be able to stop Zurrernorn from creating an Undead City?

Would the Dwarves and Frost Dragons be wiped out by the evolving Quagoa?

Who are the top 3 strongest New World beings that we are aware of?

So I've been reading lots of Wiki/Fandom facts and informations regarding Overlord due to boredom and the denial to read the LN (I'm too lazy to do it) and I've read that The Platinum Dragon's dad, the Dragon Emperor was the one responsible for summoning the Players of YGGDRASIL due to his Greed for Power "He was corrupted by his search for power." and it blew my mind the amount of power needed to do that feet. So I searched for informations regarding the Dragon Emperor and found that there's no confirmation that he's alive or dead.

So that was a dead end, anyway I was seeing the Developers of YGGDRASIL part of the fandom and saw that saw that besides the World Enemies that where a group of boss monsters (it's also a title I think) there was also a world enemy labeled as World Eater or better known as Devourer of the Nine Worlds.

I read all the info and it's said to be an incredibly powerful last bosswho happens to also be a dragon.

So I had a thought a gigantic theory that might be totally wrong.

And my second and last thought/theory:

What if after being summoned and gaining sentience (is that the correct word for it? Stop being an NPC and becoming self aware?) the now known as the Dragon Emperor with it's massive power wanted to go back to YGGDRASIL to devour the world tree and become more powerful seeing as the Dragon Emperor was greedy for power, and tried to recreate the magic that transported him but was unable to reverse engineer it and that lead to the players coming to the New World but since he might've not been as powerful as the entity that summoned him (or the world item used to do it) it wasn't perfect leading to the players appearing at random times. And because of the amount of power used he had to lay low to recover power naturally.

Also, I joined the fandom today so Hi.

How do God Kins get their strength? Correct me if I am wrong, but It is said that God Kins can awaken to unbelievable amounts of power. Does this happen instantly? Or do they get XP over time when they kill monsters and train? And can someone explain how XP is earned in the new world

(Including the Sorcerer Kingdom)

I ask this since I read in this wiki that the maximum amount of players a guild could have was 100 players. So I am curious if an entire guild of a hundred lvl 100 players were basically isekaid to the new world, how would this affect the new world?

If Ainz were to lose levels (possibly from Wish Upon A Star or his Red Orb WCI), is there any possible way for him to regain these levels, maybe through Avarice and Generosity, or some other XP-collecting item?

-Is it possible to create an Industrialised nation in the New World?

Is it possible to create a new NPC in the NW without the use if any WCIs??

So we all know that Fantasy and Sci-fi are pretty much the same with different packaging.

In this case why don't we combine them and think about a way for Nazarick to go interstellar. As magic is the most convenient thing in existence almost 99% of the problems involved in space travel can be solved with it. The remaining 1% is effort.

Since Nazarick is capable of space travel, (HUGE ASSUMPTION) let's think about the kind of planets within the NW's solar system. The NW doesn't have salty oceans, it possesses a large amount of mythical creatures that don't seem to have evolved naturally and probably doesn't even have all the elements on the periodic table present.

So once Nazarick conquers the NW, do you think that they'll go to other planets seeking new knowledge and materials? What kind of lifeforms and civilizations can be found there? Will it be like the 9 worlds in Yggdrasil? Will he find out that the NW is actually just a world in Yggdrasil (Game) that was destroyed and the Devourer of the 9 World's is currently going around eating planets?

New WorldYGGDRASILDevourer of the Nine Worlds

So we know that Ainz is using residents from the NW to complete research in order to strengthen Nazarick, such as Fluder researching magic, Nfirea researching potions, Gondo researching runes, and the Head Librarian Titus is researching scrolls.

We also know that Ainz can permanently summon an almost unlimited amount of Mid to Low-tier given enough time and corpses.

He can also use [Wish Upon A Star] to sacrifice a couple of levels temporarily to steal talents or maybe imbue himself with genius level intelligence so he wouldn't have stomach cramps whenever he's with Demiurge.

So I want to know what you guys think would be the fastest way to increase Nazarick's strength in the NW.

You’re transported to the NW as a lvl 100(you can make ur own build), you also have 1 WCI and Divine Class gear. You are transported 1 year after Nazarick (when Ainz was in the Holy Kingdom)

During the small period of time in which my avatar wasn't a gold fish, I experienced the most anxiety filled period of my life. If not for my ability to instantly review hundreds of goldfish pictures within a second I wouldn't be here anymore.

Now, as the rules stipulate that posts should have something to do with Overlord I will now ask a question to you all.

Since we know that the ocean in the New World does not consist of salt water, would that mean that goldfishes are the most dominate species under the azure waves?