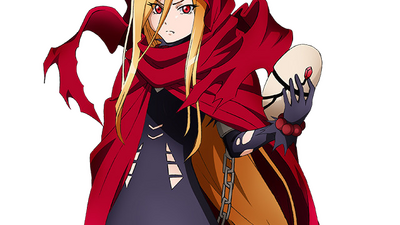 "I am Evileye. I am a woman of legend. No matter how powerful my enemy is — I must fight!" - Evileye facing Jaldabaoth. Keno Fasris Invern (キーノ・ファスリス・インベルン), formerly known as the legendary Vampire Lord, Landfall (国堕とし), and currently known as Evileye (イビルアイ), is an adamantite ranked adventurer... 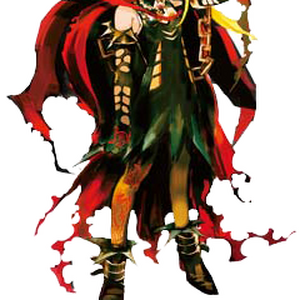 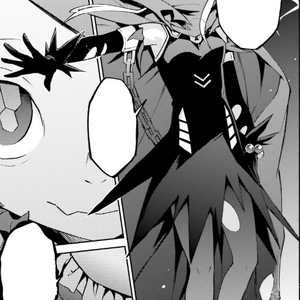 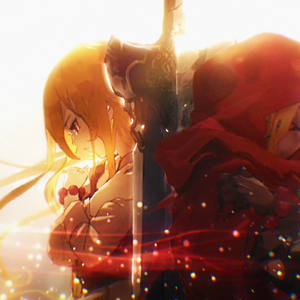 I'm having a hard time digesting the information about this chaos group that once ravages through the whole of New World.

It seemed that many of them possessed existential power close to Evileye's level. However, it's still incomplete...

In fact, in some other details (Web Novel and Light Novel), they're 'seemed' to be composed both from Yggdrassil entities as well as the original inhabitants of the New World. Some may still be alive and sealed, but that's a little confusing considering Tsaindorcus Vaision (and maybe with his powerful allies) took part in the pro-New World resistance...

However, what makes me interested, was the reason and motivation for them to rampage in various corners of the New World? Sudden and organized...

In the extra volume (vampire princess in the lost country) at the end it is implied that nazarick (and its inhabitants) arrived in the new world and that ainz will see them after 300 years.

What do you think Nazarick's reaction will be when he sees that one of his supreme beings returned and formed a new Nazarick:

Will they remain loyal to him as in the canonical series and accept the new members (which ainz formed while they were gone) or will they try to kill him for having vanished and replaced them with a new one?

Do the other members of the Team know Evileye's real identity? Did they know she's the Vampire Lord and also part of the Thirteen Heroes? 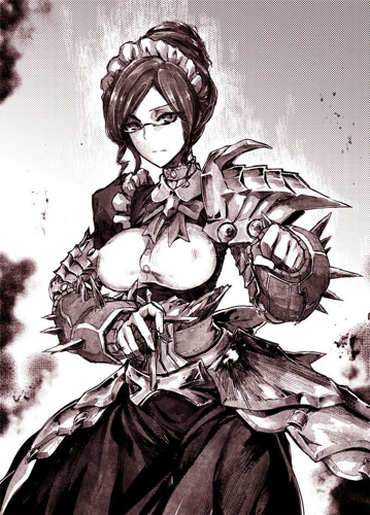 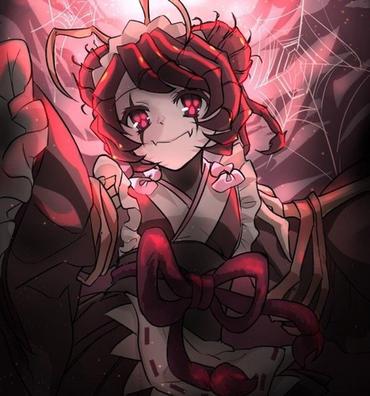 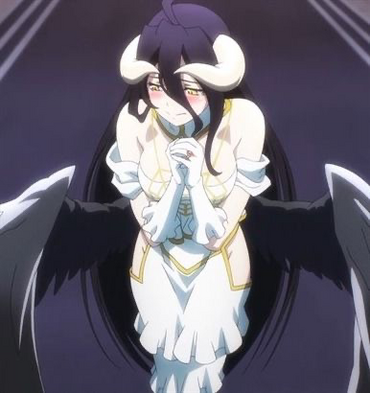 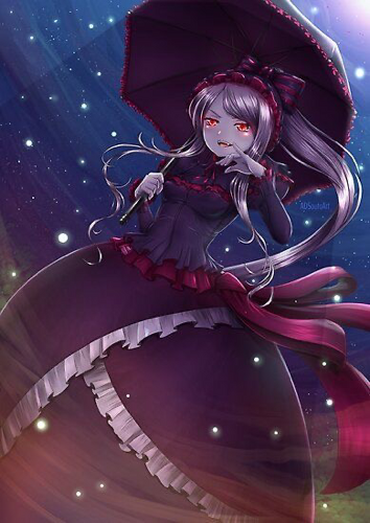 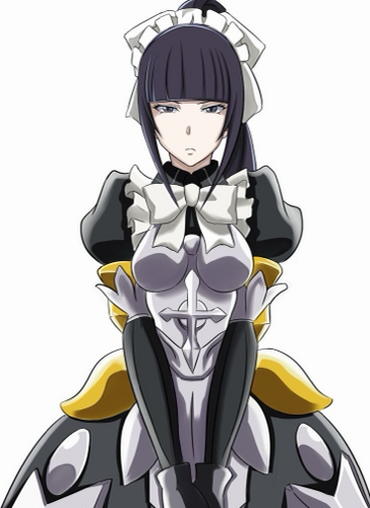 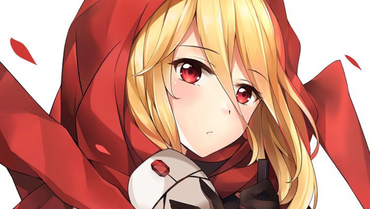 What would be happen if Shalltear meet with Evileye (including her team)? 😋

Evileye will 'survive', but not sure about another members of Blue Rose. 🧐

Or, Shalltear is do create a failure (again) because of another incident. 😏

Today I'm gonna be talking about the strength/LvL and why he is a lot stronger than you think. Now I know every single person in the community will disagree and that is completely understandable. But there is a lot of evidence why the captain can SOLO the Pleiades.

Okay lets start from the bottom to the top. As we know, Shalltear stated that the captain is stronger than solution who is lvl 57. So that will make him in the 60s, obviously that is not a lvl that can solo the Pleiades but we are just starting. Now I know people will argue that Solution is just an assassin and is not a powerhouse and while that is true, Shalltear was just comparing his power to the people she was accompany with, obviously Sebas is way too strong and the vampire brides are complete fodders so Solution was the only one that was good to compare. If Shalltear took her time to estimate how strong the captain really is compare to the inhabitants of Nazarick than she will be mind controlled since she was more focus on Nazarick than the battle.

Part2. the captain was able to endure a strike from Shalltear which was intended to kill and captain not only survived, he didn't have single scratch on himself. Although the Pleiades probably won't die, they will take serious damage and might not be able to move, after all shalltear is lvl 100 and the highest is only 63. Another important thing, he was able to react to shalltear's attack and block it and she was running at full speed when she was trying to kill the holder of the WCI.

Part3. The author stated his lvl is higher than all of the Dragons in the council state except PDL and his control Armor. Whenever the author do a ranking lvl, the gap is SOMETIMES not that big, the highest I can think is 5-10 maybe even more. PA who is one of the intelligent NPCs in Nazarick stated the Armor is lvl 90. The Wyrm dragon lord who is the weakest councillor is ranked above the goblin strategist and he is ranked above Rigrit and she is stated to be one of the few humans that can beat Evileye and Solution stated in terms of lvls, Evileye is a foe Yuri or Delta can not beat and Yuri is lvl 51. This will make Evileye lvl 53 or 55 and PDL stated Rigrit can beat her even without help, she is however stated by the author to be weaker than evileye in terms of lvls, so she is probably lvl 50. The Goblin Strategist is ranked above her and the Wyrm dragon lord ranked above him with the other Councillor ranked above the WDL with the Captain being above all of them. I almost forgot the 10th seat said Evileye is as strong or even stronger than him, but I personally think he a lot stronger than Evileye since Lakyus said all the members of BS that isn't 10th is stronger than Lakyus and her team and that includes evileye.

With all this, Captain should be in the high 70s and maybe in the low 80s with his battle against Shalltear and the ranking with the control Armor who is lvl 90.

Since the captain is possibly a warrior he can probably use martial arts.

What do you think? If you disagree that's fine but pls don't be too negative.

"Hahahaha… Looks like you know quite a bit about us. But, don’t you have one too? Someone like me, or even stronger than me?” He pointed towards Evileye, “Evileye of Blue Rose. You’re a hard one to deal with.”

The reason why I ask is because of what Lakyus said.

...We were right to bring our equipment along.”

“...Every single one of them is stronger than us.”

Is the 10th seat a character who gives more credit to his foe than himself or is he not aware of how strong he really is?

Ok, this is very expected event. I think, that Re-stize can susprisly win,for too high price, but win. And no, no everything planned by Demiurge, the true great sad victory. But there's probality that Re-stize will be totally defeated, almost all dead.

But there's another scenarios. Maybe there will be defeat of Re-stize, but Sorcerer-king will be mercyfull and generous. Or maybe there will be no battle. Just before battle will maybe make deal of peace, either like optional vasality of Re-stize, or just... Peace. Or "sudden" dead of some important guys, or their "sudden" change of views(and personality a little bit). Maybe will Ainz promises the Barbro's body(cremated) to Ramposa, or Barbro's ressurcetion(or give the dopplerganger lookong like him). But maybe it will be a real Barbro, who's like someone with potentional phobia of anonym redhair Nazzarick detizen will be excelent future ruler who will had something more than respect of the Nazzarick... Or maybe he will wanted the revenge. Or just will be here some new problem for Nazzarick what is more important, and for this will be Ainz have no choice.

Or there there will be Nazzarick allies who betray Ainz, and battle will be fifty-fifty.

Or there will be new fraction. The fraction who isn't in the map(in my oponion in ideally situation the dignifed oponent for Nazzarick, or maybe stronger than them. They're maybe will be the old friends of Ramposa or Evileye, PLD, or someone, but maybe it will be the brand new threat, who want conquere both Re-stize and Nazzarick, or in short, they want conquere all. And since this time will Nazzarick must shallow pride, and Ainz will must in his own interest make a alliances with... Anyone. But certainly with Re-stize. And maybe then start new epic fight of survival and rul, between armies, politics, ambitious ones, machinators and culture, the full of agony, glory, blood, war, old hatreds, merits, falls, new friendships, love, betrayals, intrigues, changes, mismatches and reconcilation...

Also Ainz the goal of all life skill this, with screaming banshee does that also destroy someone existed or soul

Greetings members of the Overlord Wiki and the Community we are proud to announce the release date of the Evileye Side Story, The Vampire of a Ruined Country. The Anime Twitter has confirmed that shipping of the Story will occur on April 25-26 and will hopefully reach the hands of those who ordered it by April 27th. Keep in mind that the Tweet said there might be more delays with the deliveries. Also, keep in mind that only those in Japan who have ordered all three Blu-Ray discs of the Third Season of the Anime will receive it. With that said it might take a while for us to get any information on it. Until then please do not post any false information on the Side Story. The Side Story will be considered Canon and is most likely a Prequel to the Overlord story and will have a whooping 416 pages. With all that said please be patient and we will keep you posted should we get any more information. Until enjoy the Side Story and the Wiki.