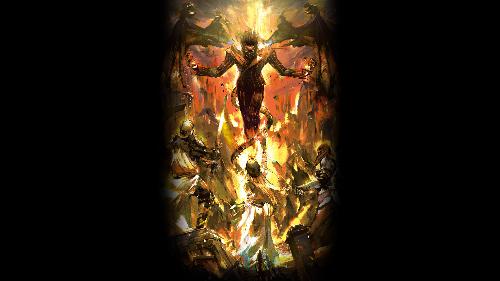 Demiurge & His Army of Devils 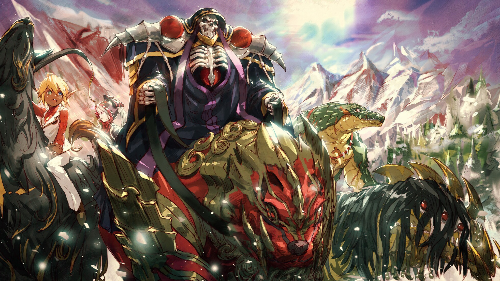 Aura & Her Army of Beasts

This is honestly a hard choice for me to make between these two. However, I am picking Demiurge because he looks like the type who has a plan or will make one to overcome Aura.

If I were to argue. I would also say Demiurge. Simply because he is the smartest, being in Nazarick. But Aura could still win. Most of her Magical Beasts are much stronger than Demiurge's summons with Armageddon Evil. But if the location of the battle were to be in a forest. Aura would have a great advantage. Since she's a master of Guerilla Warfare. But changing locations to somewhere like a city. Demiurge and Aura, would be on even terms in power.

But if Aura focuses on talking out Demiurge, she could would win. If the Demiurge is taken out first, the army won't have a commander.

The Devils would just be wandering around. Demiurge would probably thought of that. So I think Demiurge would win. If they were in a Forest, Aura could win. So really it depends on the location of the battle.

(edited by How Exhilarating)
1

In terms of fighting strength, Aura is stronger than Demiurge.

Yeah, it seems the outcome of the battle between these two would depend on the kind of environment/terrain deemed most favorable to them respectively. Demiurge would require necessary prep time if he truly wants to defeat Aura. I can't imagine him gaining a victory over her without a plan in mind.

Hmm, hard to say. Both Aura and Demiurge are the weakest 2 of the Guardians. However, we know for a fact that Aura is actually stronger with her army of pets as a Beast Master. So, as far as forces go, Aura's pets are stronger than Demiurge's demons. However, Demiurge is insanely intelligent, so if he had time to prepare for the fight, he would win. Conclusion: If this is a spontaneous fight, Aura would win. If Demiurge knew he had to fight Aura and her forces, and had time to prepare, he would win. Overall, both have about the same chances of success. However, I'm going with Demiurge.