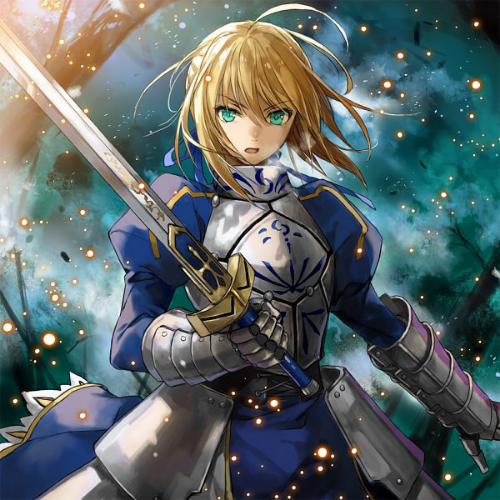 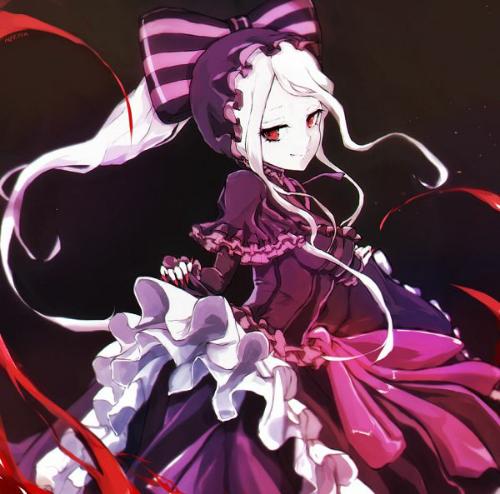 Does Avalon count to all equipment? If yes she can regenerate completely an unlimited amount of times. Shalltear has her limits.

Also Instinct pretty much counters Shall's spear so Shall would have a hard time using Saber to regen herself so she's have to use her own minions to regen herself again. Which she can or cannot do an unlimited amount of times so I'm unsure about that.

Einherjer shouldnt be too much of a problem for Saber either.

So at the end it's still just a question of endurance in my opinion cuz Shall should by far be better in 1v1 combat than Saber but Saber's just got more endurance.

Shalltear is considered to be the strongest out of all the floor guardians in Nazarick, excluding Gargantua. She has the highest overall stats among them, and her life sustain abilities allow her to easily outlast any one of them in single combat.

Time Reverse: Negates the damage and effects caused by a single attack by reversing the user's time, but can only be used three times a day.

Resurrection Item - Given to Shalltear by her creator, Peroroncino. It works differently from other methods of resurrection, such as from a spell or from a Guild Base. This item automatically resurrects the user a single time (healing anything up to disintegration and soul destruction), completely restoring their health and mana. However, their skills will not be replenished, and certain status effects powerful enough to bypass their natural resistances (like those of world items) may stay in effect.

So my argument is Shalltear is winning this fight.

1Her stamina is hp based so fatal level wounds mean nothing. Her hp must be depleted first. Then she can be killed. Exceptions are hax. The goal of all life is death for instance finished her all in 1 go.

2 in the event she dies Shaltear comes back at full health 1 time.

3 Her.overall mobility is just much greater. In addition to her greater speed she is a flier and teleporter.

4 A close range battle is to Shaltear's advantage. She doesn't needlessly take damage but every time she cuts a target her up is restored. A blow for a blow battle with Shaltear would result in Saber's loss unless she managed to avoid hits and Landed hers which given the speed of Shaltear even if it were equal would not realistically happen.

5 A range battle is even more of a disadvantage to Saber as she can't exploit her style and would have to rely on the fairly draining Mana Blast while Shaltear has a plethora of White and fire magic to exploit.

Oh yeah she had Implosion: A 10th tier spell that causes the target to collapse or burst inward.