There are so many RACES in the overlord series write which one would you prefer to be born in and why? Except anything to do with The Great Tomb Nazarick.

I said in the overlord series that's the deal. You want to be wraith that's ok and cool but don't invite a higher class and abilities of wraith that does not even exist in the Overlord series. Only REAL races and classes.

Aaron Zex. Our statement's including yours are under fantasy, speculation and partially part of the anime, light novel and Web novel. Also the slime that possess others only possess humanoids. Specifically slimeko which had only been introduced in the game "Mass of the Dead" by the creator. So by the creator so far the type of slime slimeko is the only one with the capability to possess specifically humanoids. However Aaron Zex if you talking about a what if senero like Doctoreho's wraith king then yes your imagined powerful slime would theoretically be challenging. A reminder the imagined wraith king had 2 form's or possibly just one since wraiths are normally immune to physical attacks. Hence the slime cannot possess some one/thing without physical contact, but wraith king can since they would possess in their Astral form. 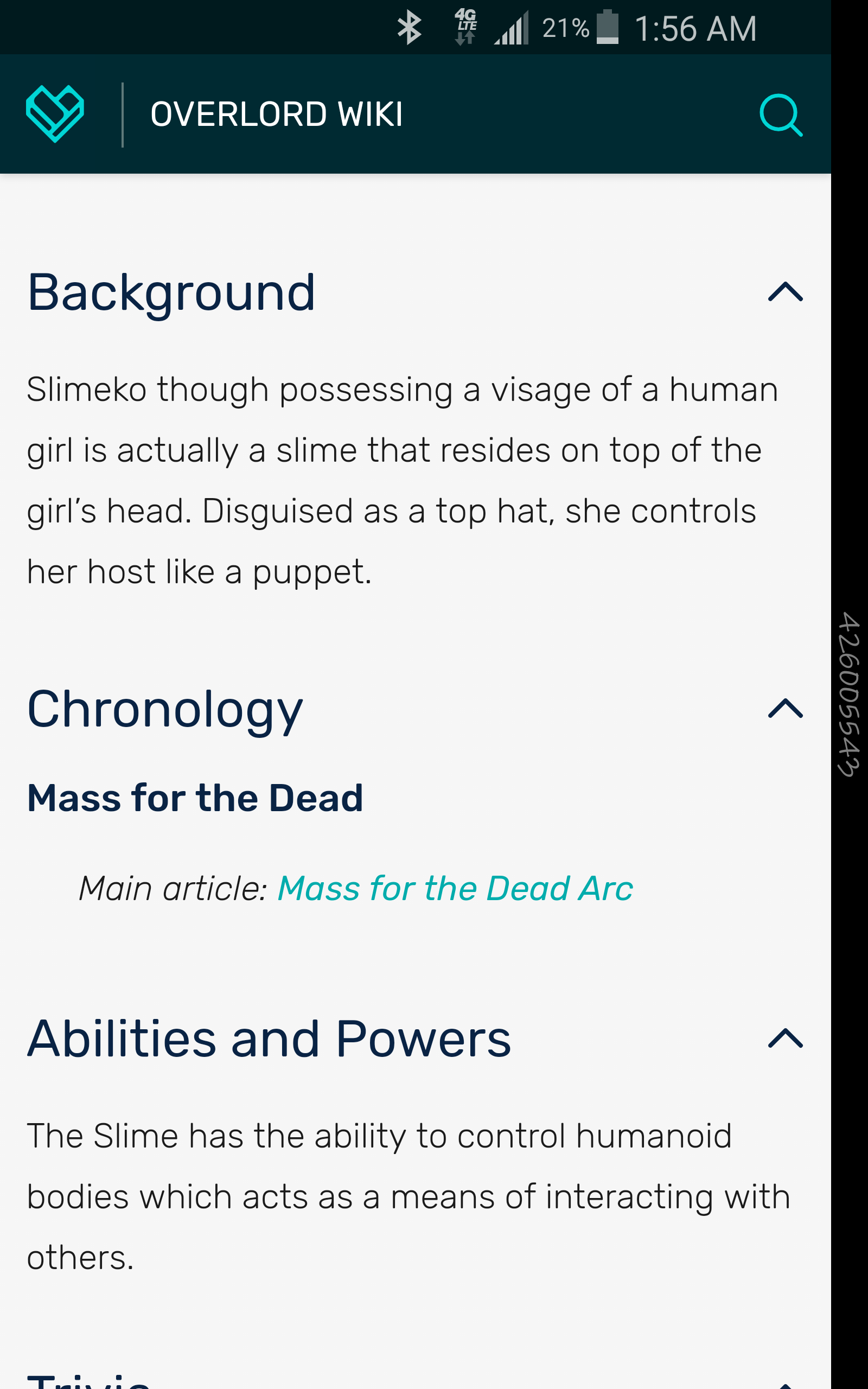 Yes elder black ooze slime do exist but they do not possess. 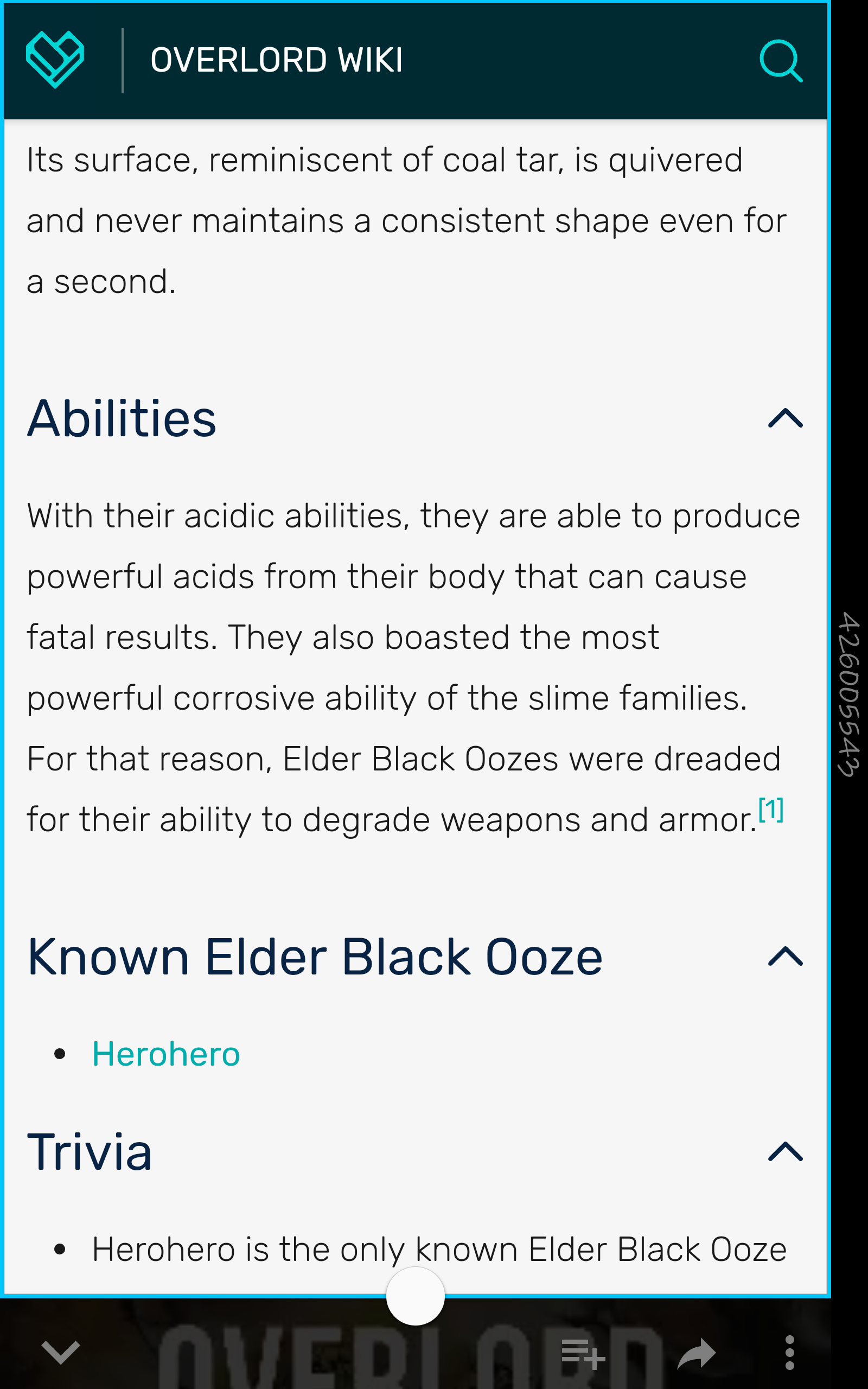 I never said it can possess. I know abilities.

Give me a volume, chapter, page explaining an actual possessing by a slime. Note only slimeko so far is the only slime to have the ability to possess but can only possess humanoids. Evidence or imagery. 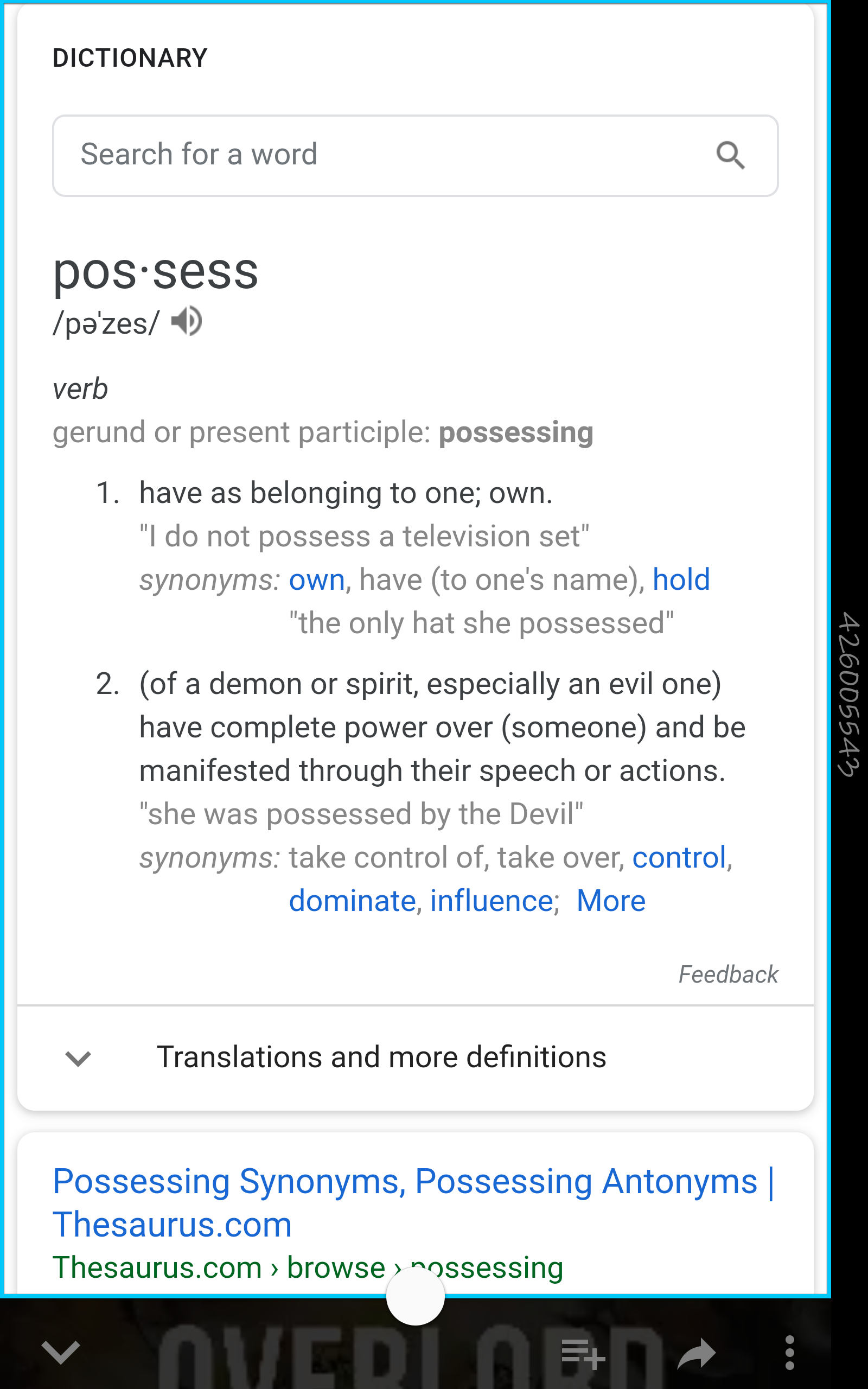 Slimeko does not possess she controls humanoid. The is a difference between possession or control.