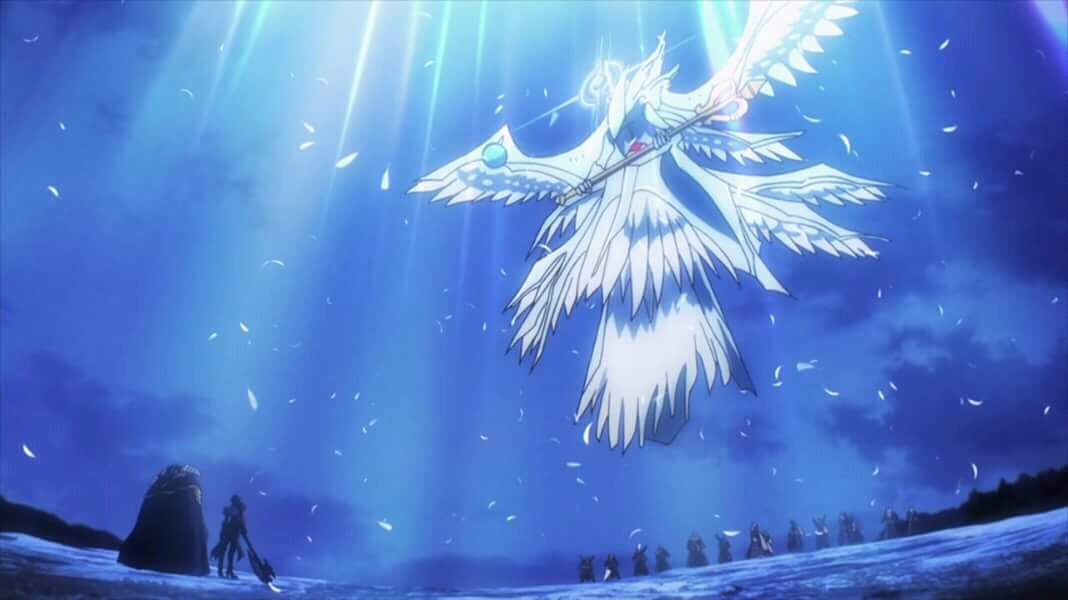 are you intentionally dumb? the living dont need to be created by magic for obvious reasons.

thats why they use 'summon' magic not 'create' magic for angels and demons.

The fact is "Create Undead" mean's to create life in a dead subject. Undead means no longer dead or now living after death.

Summon yes in game, but in nw it's actual creation.

Watch the second and third episode of the first season. Ainz explains the difference between "create undead" in the game and nw.

Yeah and this is why I made that distinction as “summon” spells have s time limit while create spells can make things permanent.

When he first used the Death Knight, he used 'Create Undead' which implies that it is actually creation type magic back in Yggdrassil. If it was a summoning type, he wouldve said summon undead the first time but no. The only thing that changed was the possible permanence of the undead if a dead vessel is provided for it. There was no change in magic type. This magic is similar to 'Create Greater Item' where he created momon's armor in a sense that both creation are lifeless. But maybe for higher undead like overlord, summoning type magic is used since Ainz once said that he is a naturally spawned undead altho he wasnt sure.

If there does exist a "summon undead" spell then yes. However so far the undead are either natural spawns or created undead. With that we can assume that the undead so far can only be created or naturally born/spawned. Hence your argument specifically for a possible summoned undead by spell is invalid with the exceotion of 1 spell. Furthermore, if it is a skill then yes like Shalltear Bloodfallen's skills such as...image below. There is a 10 tier spell to summon "a monster" which can summon different races but human. 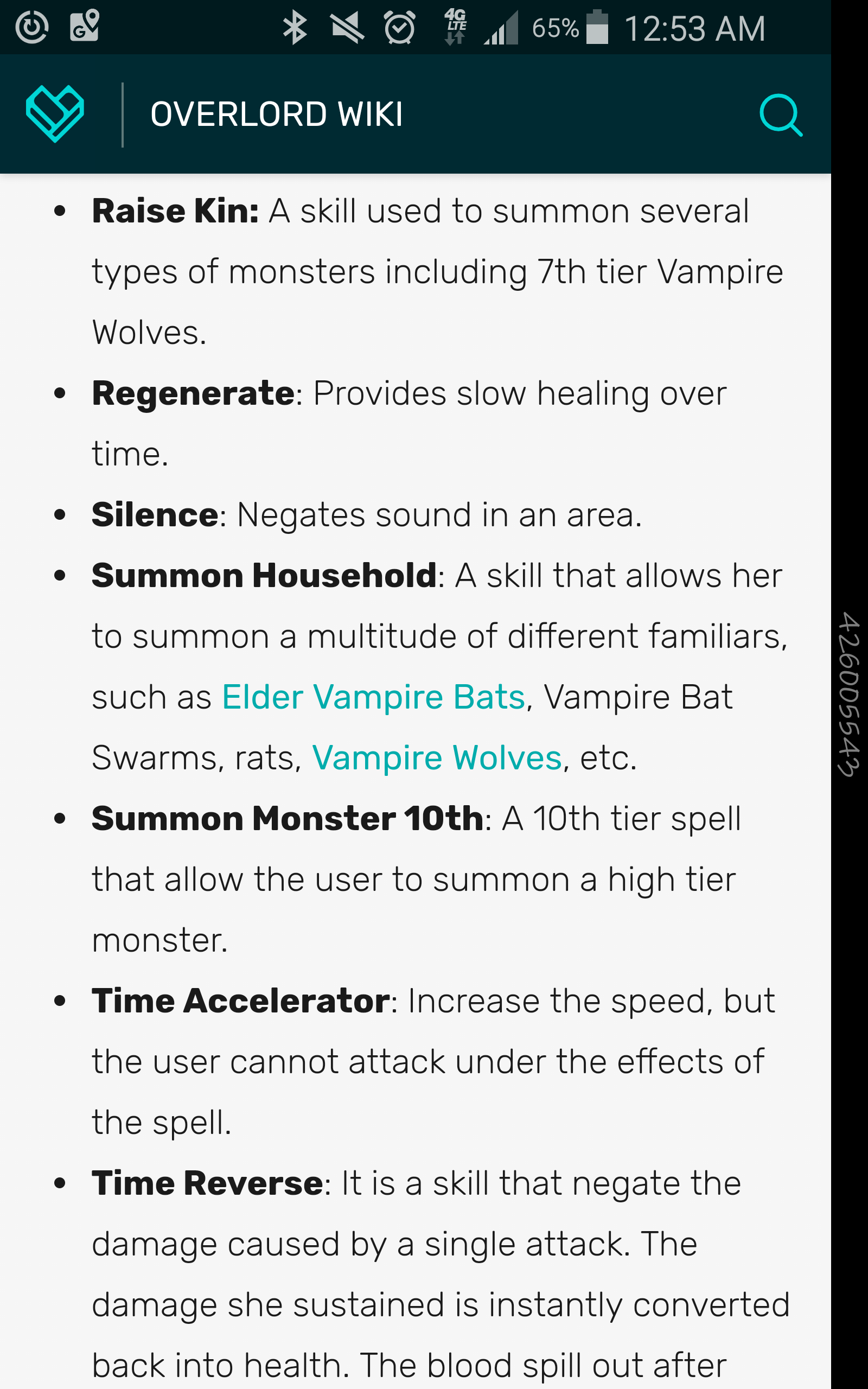 i dont understand what you are arguing to me about hahaaha

In short, summons of undead is capable only by the 10th tier spell mentioned above. Otherwise they are created or natural spawns